The Role Of Digital Marketing For Political Campaigns 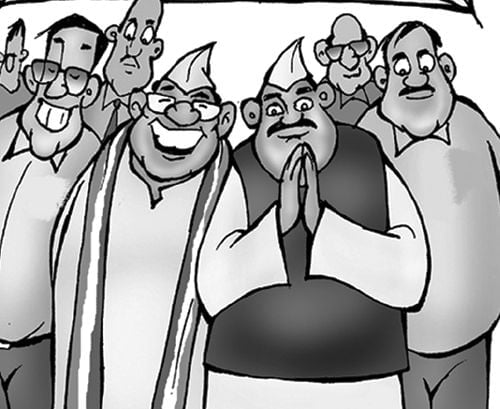 Digital media is changing the way political parties interact with voters bridging the gap like never before. Given today’s era of increasing social media usage, and growing internet penetration due to increased usage of smartphones on the one hand and saturation of traditional mediums on the other, digital media offers the perfect platform for political parties to reach audiences worldwide. The use of digital and social media increases the reach of communication efforts and allows targeting the advocacy and tailoring it as per the audiences marketers are trying to reach. Digital media strategies are now part of the overall campaign briefs, and parties are spending an increasing amount of time and resources in digital marketing. The growing use of digital media accentuates its potent role in influencing voters and their behavior. Digital marketing is not only a fast growing force in the existing marketing field, but it is also set to be the future of marketing. It is very likely that digital media will shortly replace more traditional forms altogether.

Although voting is an emotional act, there are certain transnational indicators that can help predict where a vote might be cast. This is particularly valuable in this day and age when duels are fought on Twitter feeds and ‘Likes’ on Facebook dictate how one feels about an issue. News is reported immediately and thoughts regarding an issue or candidate can change on a moment’s notice. The most noteworthy reason for social media creating a strong ground for political campaigns is because it allows politicians to talk directly and efficiently with voters, this trend is here to stay and grow exponentially.

Facebook and Twitter reach thousands of people yet still feel very personal. The conversational tone of social media means politicians can come across with more human touch and closer approach than traditional media or their opponents might portray them, messages are customized as per desired audience.
Conversant captures that change to help marketers more effectively reach and message these people. The return? Reaching potential voters and increasing the likelihood of those voters going to the polls for your candidate. Today as I search for airline tickets, two very well placed political messages show up on my webpage. This content does not ask for donations, just offers awareness and education.